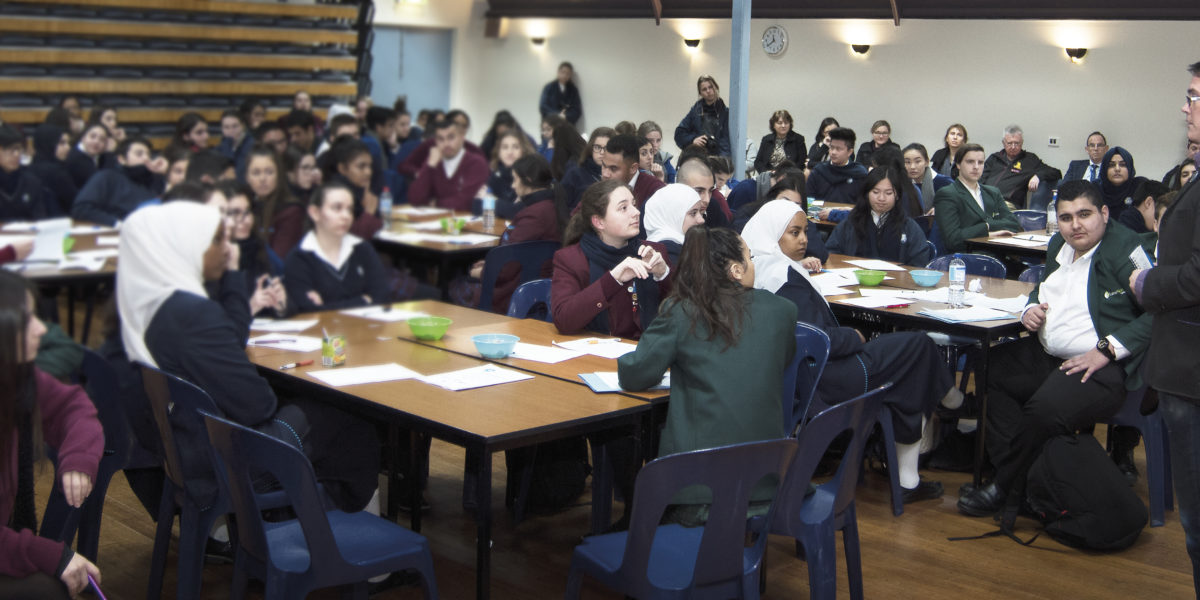 The program, in Australia, was first introduced in 1995 and in Victoria it is managed collaboratively by the Department of Education, the Catholic Education Office Melbourne, Independent Schools Victoria, Australian Electoral Commission and the Parliament of Victoria.

The overall aim of the program is to increase young Australians’ knowledge about the Australian Constitution and the role it plays in our democracy. Other aims are to:

Over the past fourteen years we have had many guest speakers from the legal, political and academic fields. A regular speaker and supporter of our Constitutional Conventions have been out State Member for Thomastown, Bronwyn Halfpenny and Federal Member for Scullin, Andrew Giles, as well as David Mould, Director of Second Strike.

This program has fostered the awareness of current political, social and legal issues and encouraged student leadership amongst the student population.